This recipe proves that you can make amazing, smoked, pulled pork at home and it will be one of the easiest recipes you’ll ever make! It’s perfect when you’re feeding a crowd, for game day, tailgating or for no-stress weekend cooking. Here, in North Carolina, we take our Pulled Pork seriously. When done right, it’s cooked low and slow with the mild flavor of smoke and spices to bring out the true flavors of the meat. 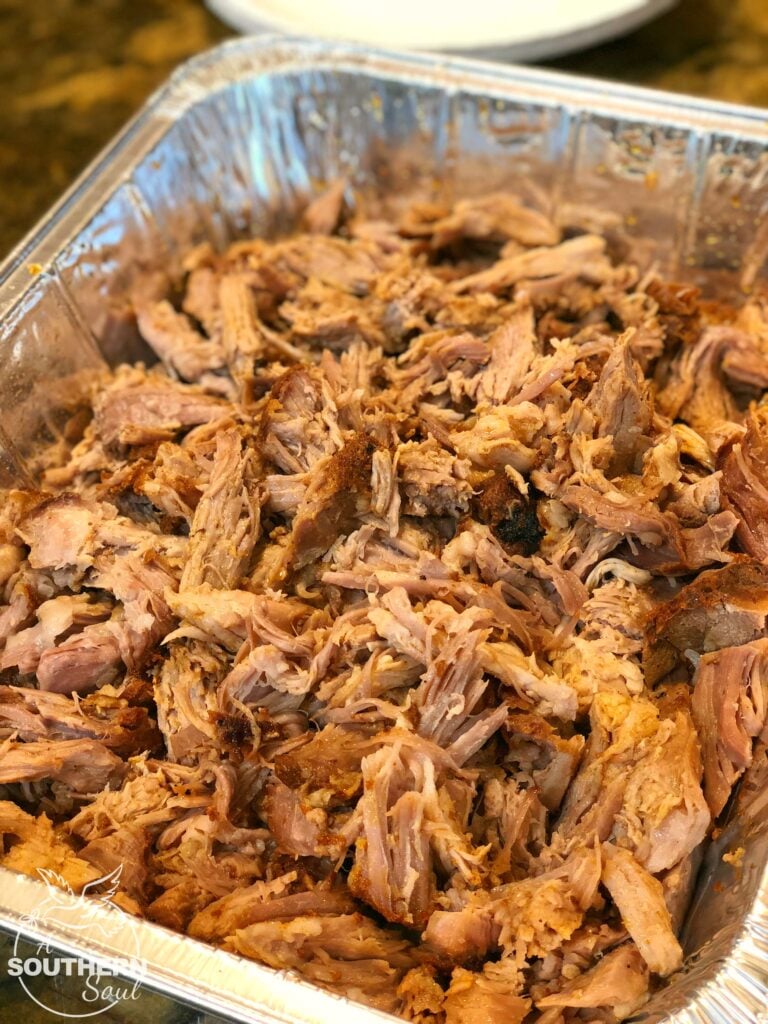 For years now, I’ve been wanting to try my hand at smoking meat. There’s just nothing like a great piece of meat that has that little something “extra” smoking gives. I’ve enjoyed many special dinners with friends who’ve become proficient at this method of cooking and felt I should try my hand at it. After some research, I purchased a small, portable, electric smoker from Masterbuilt. It’s just the right size for what I’ll be cooking and it’s easy to move around and to clean.

Now, on to the important part of smoking…the meat. Pretty much everybody from the south knows that pulled pork is a classic dish that can be found on menus at BBQ joints and even fancy restaurants. I’m not really sure if folks actually know which part of the pig this goodness comes from. Often, people refer to cooking a pork butt when actually they are cooking a cut of meat that comes from the pork shoulder. It’s inexpensive and depending on the size of the meat you get, you can feed a crowd.

How To Smoke a Pork Shoulder

This recipe for smoked, pulled pork was the second thing I cooked in the smoker. I have successfully smoked 2 whole chickens and was ready to move on to something more, let’s say, difficult. Well, I could not have been more wrong regarding the level of difficulty for this dish. Preparing the pork shoulder was easy since all I did was sprinkle on my homemade spice rub. Then it was on to the smoker. Actually, the hardest part was setting the timer and waiting. Y’all already know that I work really hard at being patient, so I was like a little kid at Christmas waiting for that needle to register the right temperature so that I could pull that glorious hunk of meat out of the smoker! After “pulling” the succulent meat into bite-size pieces, I served it up. I kept things nice and simple with just the juicy, flavorful pork, slaw and a little cornbread. It’s hard to describe how happy those people around my table were. It looks like trying something new pays off! 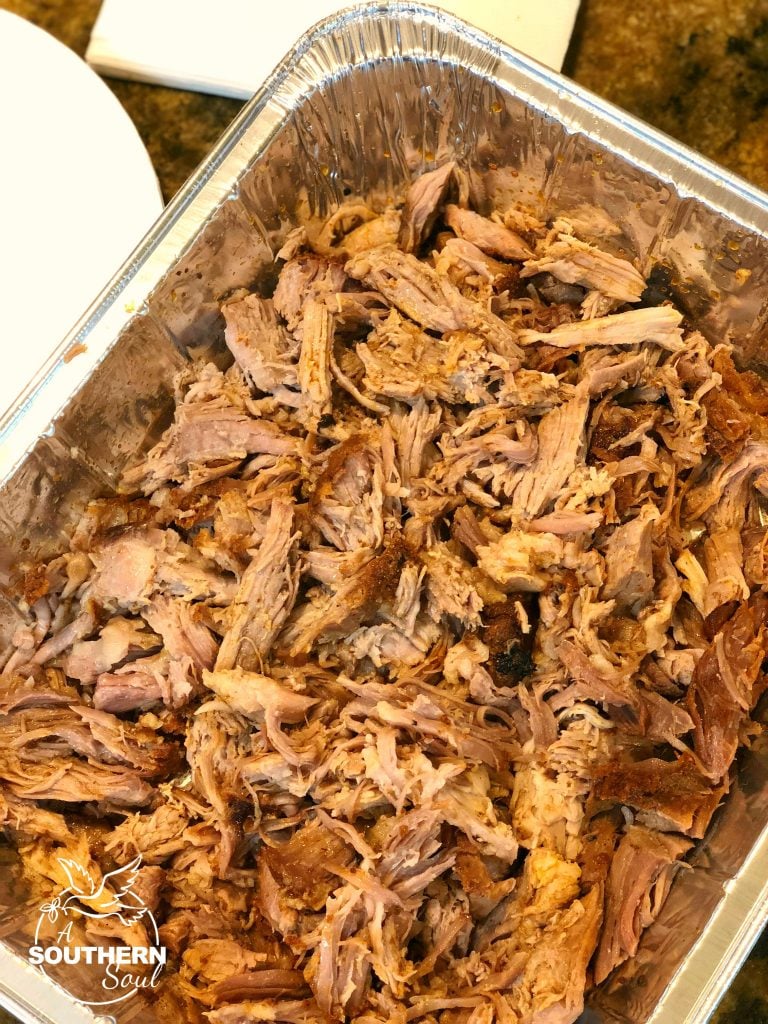 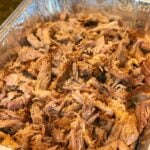 Did you make my Smoked Pulled Pork?I'd love to see! Share on Instagram, tag @asouthernsoul, and use the hashtag #asouthernsoul!
Tag on Insta Leave a Rating

5 Easy Delicious Meal Plans + Secrets To Getting Dinner On The Table!

5 Easy Delicious Meal Plans + Secrets To Getting Dinner On The Table!