Southern Cornbread Dressing with celery, onions and just the right amount of seasoning is a tradition during the holidays. Served alongside turkey and drizzled with gravy, this classic dish will be gobbled up by everyone around the table!

Cornbread dressing brings back special memories of Thanksgiving and Christmas dinners with all the classic southern recipes. My Mama Swain always made the turkey, ham, gravy and the dressing. Big pans of this Southern Cornbread Dressing would come out of the oven, cool for a bit then she’d cut it into squares. If there were any extras left in the pans, they never lasted long.

With just 9 simple ingredients, you can serve this wholesome tasty dish in under an hour. The base of this dressing is of course a southern corn bread recipe. My two favorite cornbread recipes to use for this dish are Sour Cream Cornbread and Southern Cast Iron Cornbread. I usually use the sour cream cornbread recipe for this dressing because the flavor compliments the other ingredients so well, but cornbread made in a cast iron is a great classic option!

Whether you’re from the South or not, this southern dressing recipe is a must-make dish for the Holidays. Cornbread, sauteed vegetables, and a few other simple ingredients are mixed together and baked to create a dish that folks rave about year after year. As soon as you take one bite, this deliciously comforting recipe is sure to become a traditional holiday side dish!

Scroll down for the ingredient measurements and full instructions.

How To Make This Southern Cornbread Dressing Recipe

Begin by preheating the oven to 350 degrees. Prepare a 10×15″ baking pan with cooking spray and set it aside for later. Place a medium sized skillet over a medium-low heat and melt the butter. Add your celery and onions to the skillet and sauté until the onions translucent and tender.

Crumble the cornbread, biscuits, and stuffing mix into a large mixing bowl, stir together. Add in your sauteed vegetables, eggs and stock, mixing well until it’s fully combined. Sprinkle salt, pepper and celery salt into mixture and stir again. Dressing mixture should be loose but not soupy. If too thick, add more stock.

Pour the dressing mixture into prepared pan and bake for 30 – 45 minutes until top is golden around edges. Remove from the oven and let cool for 5 minutes. Cut into squares and serve the best cornbread dressing recipe ever!

What Is The Difference Between Stuffing and Dressing?

This is a very commonly asked question, so I am very happy to answer it! Here in the South, a lot of people use the words interchangeably because there isn’t a big difference between ingredients in the two dishes. The main difference between stuffing and dressing is how it’s cooked, stuffing generally goes into a Turkey whereas dressing is baked in a casserole or baking dish.

Do You Put An Egg In Cornbread Dressing?

Yes you do! As a matter of fact, you use four eggs in this cornbread dressing recipe, it helps to bind all the other ingredients together.

Why Is Southern Cornbread Different?

What To Serve With Cornbread Dressing

Last But Not Least…

I love hearing from you, so please leave a rating and a comment if you don’t mind. And don’t forget to follow me on Instagram and tag me with a photo. 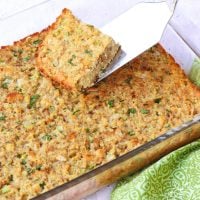 Southern Cornbread Dressing with celery, onions and just the right amount of seasoning is a tradition during the holidays. Served alongside turkey and drizzled with gravy, this classic dish will be gobbled up by everyone around the table!
5 from 1 vote
Print Pin Rate
Course: Side Dish
Cuisine: American
Keyword: Easy recipe
Prep Time: 15 minutes
Cook Time: 40 minutes
Total Time: 55 minutes
Servings: 8
Author: Donya Mullins

REVEALED: What To Cook This Summer 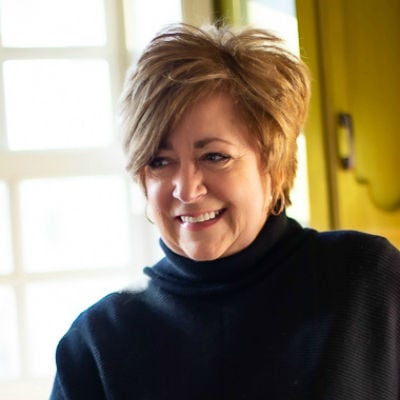 REVEALED: What To Cook This Summer